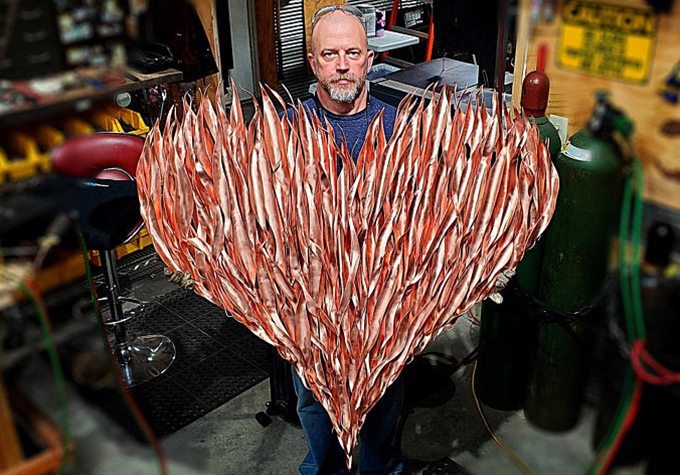 As the lead creator and Founder of Refreshing Art, Mark has always had an interest in working with metals. At 19, he became an apprentice in the construction industry part-time during college. Later, he went on to start his own construction company and specialized in the plumbing and electrical industry for many years. With the help of friends and family, he took his hobby of being an artist and transitioned to making artwork full time. Since being established in the early 2000s, working out of his single-car garage, Refreshing Art has grown to sell to over 50 countries worldwide. More recently, Cierra became a part of the Refreshing Art family. As an artist working in the Joplin area, Cierra looked to expanding into the surrounding Springfield area and started collaborating with Mark. Cierra eventually moved into the area and became first Mark's apprentice, then office manager, and finally partner & co-owner, rebranding it to Refreshing Art Studio as it is known today. Mark remains as an important part of the team as the Founder, lead creator, designer, and co-owner at Cierra's side.

Connect With the Team

Learn more about Refreshing Art Studio LLC when you get in touch today. We would love to hear from you soon!